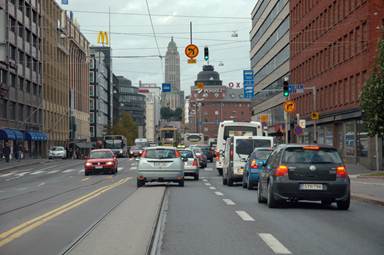 VTT Technical Research Centre of Finland and VATT Institute for Economic Research have assessed the climate and cost impact of alternative forms of energy for road traffic when pursuing the EU's climate objectives for 2030.

"We are pleased with the results of the study.  They strongly support the goal of increasing the share of renewable fuels by 2030 specified in the Government Programme.  Advanced "drop-in" biofuels, such as Neste's NEXBTL renewable diesel, were highlighted in the study," says Ilkka Räsänen, Director, Public Affairs in Neste.

According to the study, the most cost-effective way to reduce emissions from the point of the national economy as a whole is to invest in the production and use of domestic advanced liquid biofuels. They are already compatible with the existing distribution system and vehicle base. Any investments in this area will also provide employment.

According to Neste's view, increasing the use of renewable fuels requires as diverse a feedstock portfolio as possible. In its own operations, Neste has already increased the share of waste and residual feedstocks to over 60% in the production of renewable fuels. Moreover, new feedstocks play an important role in Neste's R&D activities. The majority of the company's R&D expenditure goes to research in new feedstocks, such as algae oil and wood-based feedstocks. In the future, domestic, wood-based raw materials, for example, will be possible feedstocks for renewable fuels. Neste is already using tall oil pitch at its Naantali refinery.