Are local emissions of diesel cars as bad as claimed? 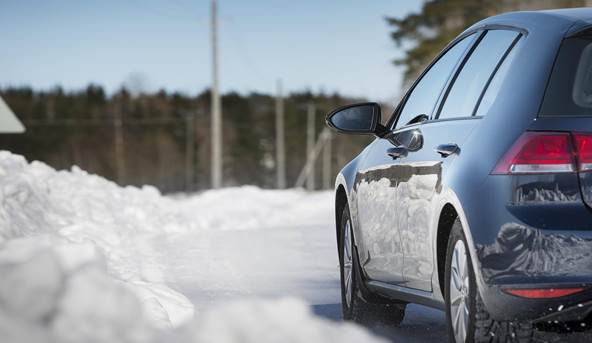 Local emissions of diesel cars, i.e. exhaust emissions that deteriorate air quality, have made the headlines lately in Europe, and their contribution to air quality problems in cities has been the subject of much debate.

According to studies (such as those made by the ICCT), the nitrogen oxide emissions of diesel cars in the market exceed, in regular driving, the requirements of European emission regulations many times over. Let's ask Neste's fuel and engine experts Seppo Mikkonen and Markku Honkanen what the debate is all about.

In addition, we need to distinguish between new and old cars. Local emissions of modern diesel cars fitted with particulate filters are lower than those of gasoline cars. The problem lies with older cars not yet equipped with the latest technology.

The method for measuring emissions from cars used in the EU has not represented actual driving well enough, but in the US it has been more stringent. Because of that, emissions from cars have been cut in the US before the EU. In addition there are some differences between the US and the EU in how the emission control systems must operate in different situations and when they can be switched off without an interpretation of defeat device.

How could we reduce emissions of diesel cars?It is possible to effectively reduce local emissions of diesel cars with exhaust aftertreatment equipment fitted in the car, such as particulate filters and catalytic converters. Particulate filters have been in use for a long time, and catalytic converters helping to reduce nitrogen oxides are becoming common. It is important to program the engine control system so that the catalytic converters work also in actual use, not only in test conditions. This is the requirement of the Euro 6c standard entering into force in Europe in fall 2017. After that, new diesel cars entering the European market have very low nitrogen oxide emissions.

Local emissions of old diesel passenger cars can be reduced by, for example, filling up with Neste MY Renewable Diesel produced from 100% renewable raw materials.

Are the emission figures provided by car manufacturers reliable?Car manufacturers have made cars according to the existing emission legislation. Unfortunately, due to loopholes in the legislation, it has been possible to get significantly lower emissions in test conditions than those produced in actual use. The Euro 6c emissions regulation entering into force in Europe in fall 2017 requires that the emissions measured correspond well enough to those generated in actual driving. Meeting the new regulation is part of the acceptance test of new car models.

What kind of car is the best alternative in terms of local emissions?Comparisons are difficult, because local emissions are influenced by many things, such as driving style, mileage and even weather conditions. In city traffic, an electric car is probably the best in terms of local emissions. In large vehicles and when driving long distances, a diesel engine is still a good choice, because it consumes less fuel than a gasoline-driven car (in these cases, an electric car is not an option). In small cars and city traffic, gasoline probably continues to be a smarter option than diesel.

Lately, there have been news about banning the use of diesel cars. For example, there was a temporary ban in Oslo for diesel passenger cars. Will we see more of this?In the future, it is likely that various bans will be implemented with the purpose to improve air quality. Traffic is one of the factors impacting air quality in cities, and it is interesting to see how experiments such as the one in Oslo really impact total air quality. Particulate emissions also result from the wear and tear of tires and brakes and the erosion of roads. Not even with electric cars could we reach zero particulate emissions. In terms of air quality, it would be important to pay attention on the age and emissions levels of cars, not so much on the fuel they use.

Will the demand for diesel fuel decrease in the future?As the vast majority of heavy goods traffic uses diesel, its demand continues to rise. For heavy-duty vehicles, there are fewer options than for passenger cars. One of the ways to further reduce the heavy traffic emissions is to choose 100% biofuels, such as Neste MY Renewable Diesel.

When it comes to passenger cars, the demand for both gasoline and diesel fuel is likely to decrease, because new cars consume less fuel - even when the total traffic volumes may still go up somewhat. Electricity as the source of power will also become more common.

Neste (NESTE, Nasdaq Helsinki) builds sustainable options for the needs of transport, businesses and consumers. Our global range of products and services allows customers to lower their carbon footprint by combining high-quality and low-emission renewable products and oil products to tailor-made service solutions. We are the world's largest producer of renewable diesel refined from waste and residues, and we are also bringing renewable solutions to the aviation and plastics industries. We want to be a reliable partner whose expertise, research and sustainable practices are widely appreciated. In 2015, Neste's net sales stood at EUR 11 billion, and we were on the Global 100 list of the 100 most sustainable companies in the world. Read more: www.neste.us