Welcoming an age of sustainable flight

Lufthansa’s Katja Kleffmann tells Satu Dahl how the airline is succeeding in its bid to make aviation greener.

Globally, we are witnessing a surge in sustainability innovation—from new forms of propulsion to smarter, more energy-efficient buildings. And one of those initiatives is sustainable aviation fuel.

But how to actually get started?

Katja Kleffmann is Lufthansa Group’s head of supply and trading, Fuel Management LH Group. She explains how they made the change to more sustainable flights.

The will to succeed

Lufthansa Group’s commitment toward sustainable aviation is well known: The largest airline group in Europe demonstrated its commitment in 2011 when Lufthansa became the first airline in the world to test alternative fuel in regular flight operations.

The airline conducted its first trial flight in July 2011, on the very day that sustainable aviation fuel was approved for use on commercial flights.

Lufthansa conducted its first trial flight with sustainable aviation fuel on the very day it was approved for use on commercial flights.

The huge trial involved transporting passengers on commercial flights between Hamburg, Germany, and Frankfurt. The flights were powered by a 50/50 blend of sustainable aviation fuel and fossil fuel—the maximum blend ratio allowed. The trial period took place over six months in collaboration with Neste, which supplied the fuel.

“The performance of the fuel was first tested in unusual situations such as ‘engine relight in flight’ where the engine shuts down suddenly,” Kleffmann explains. “The fuel performed normally, and we then began to contract sustainable aviation fuel from Neste right away.”

But was it all smooth sailing? As with all pioneering projects, there were great highs but, naturally, some challenges to be overcome, too.

Over the six-month trial period with commercial flights powered with sustainable aviation fuel, Lufthansa completed roughly 1,200 flights on an Airbus A321 aircraft.

At the time, sustainable aviation fuel was not widely available, and the cost difference compared to fossil fuel was high.

“We were looking for fuel that is not part of the ‘food versus fuel’ dilemma.”

But there was an ecological dimension to consider, too.

“In addition to cost and availability, we were looking for fuel that is not part of the ‘food versus fuel’ dilemma—using farmland or crops for biofuel production to the detriment of food supply—so second-generation biofuels produced from materials such as used cooking oil, municipal waste, and wood waste had to be sourced,” Kleffmann says.

Together, these factors meant Lufthansa was unable to immediately scale up the project. However, both companies wanted to keep talking, and to continue their cooperation as soon as it became feasible.

Taking sustainable fuel to the market

Thankfully, all the hard work paid off. This past October, Neste and Lufthansa Group announced they are strengthening their collaboration. Today, Lufthansa uses sustainable aviation fuel on its flights departing from Frankfurt. These are some of the key points that contributed to Lufthansa’s success.

To make that 2011 trial project happen, Lufthansa and Neste collaborated with a number of universities and industry partners. “It was a huge effort because it was the first time for all of us,” Kleffmann explains, adding that all parties cooperated well throughout.

“We are still working and pushing supply chains to accept sustainable aviation fuel in their systems.”

However, supply chains created another challenge.

“Even now, we are still working and pushing supply chains to accept sustainable aviation fuel in their systems and opening up, however it seems that not everybody is ready yet.”

Kleffmann offers an example: Currently, she says, “the NATO pipeline system in use throughout Western Europe doesn’t accept sustainable aviation fuel.” This has posed a challenge beyond the usual distribution questions.

“Until recently, there was simply no significant alternative jet fuel production around which could be sustainably sourced,” Kleffmann says.

But Lufthansa stayed in close touch and communication with Neste to ensure both companies were kept informed of any news or developments that could result in restarting the collaboration.

“We kept in contact after the trial project and updated each other regularly on any developments. It was clear for both parties that we would continue our cooperative partnership again when time would allow it.”

At the time, fuel producers were mainly producing renewable diesel instead of sustainable aviation fuel. Yet Lufthansa had a clear idea of what it wanted.

These issues of capacity are also easing. With refineries in Finland, the Netherlands, and Singapore—and with expansion in Singapore underway—Neste will have the capacity to produce over one million tons of renewable jet fuel by 2022.

Where do we go from here?

There are developments underway in the aviation industry on different forms of propulsion. Electric flight and other forms of power have all been tested.

But renewable jet fuel, Kleffmann says, is the most sustainable option on the market today, even compared with electric flight.

“For example,” she says, “If an Airbus 320Neo, fully fueled with kerosene, used the same weight in batteries to fly as an electric aircraft, instead of 7 hours, we could only fly for 20 minutes. Or, another good example is that to compensate for the energy of 1 kilogram of kerosene, you would need 70 kilograms of batteries.”

Renewable jet fuel is the most sustainable option on the market today.

But while airlines like Lufthansa are paving the way to increase the use of sustainable aviation fuels, Kleffmann says governments and regulators need to work with the global aviation industry to achieve maximum results in the future.

She also thinks that supplementary use of synthetic aviation fuels such as power-to-liquid fuel (made through using renewable electricity to produce hydrogen from water and carbon dioxide captured from the air) could make carbon-neutral flying possible in as little as 10 years’ time.

“We need the air levies and taxes we pay to be used for climate protection.”

“In my view,” Kleffmann says, “we need to invest in technology for alternative fuels using green energy from wind and sun, and carbon dioxide from air and water. The technology is there, it works, and we need to invest to scale it up. We could keep the current infrastructure and supply chains, too.”

She argues that uniform political standards and regulations are needed to create a level playing field.

“We need the air levies and taxes we pay to be used for climate protection and spent on the development, production, and promotion of sustainable aviation fuels and the modernization of air traffic control technology, which would enable more efficient flying,” she says.

In addition to using sustainable aviation fuel, Lufthansa Group has a host of sustainability projects on the go.

The company practices waste recycling and plastics reduction, and invests billions in new, more fuel-efficient aircraft, which is the most important short-term contribution to carbon dioxide reduction.

In addition, Lufthansa and SWISS customers can offset their carbon emissions through the ’Compensaid’ platform developed by the Lufthansa Innovation Hub—either by investing in sustainable, alternative kerosene or through ‘myclimate’ climate protection projects. Customers can also combine the two options.

“Sustainability is not just some modern buzzword for us, or something that popped up due to public pressure,” Kleffmann says. “It has always been part of our work and engagement.”

WHAT ARE OTHER AIRLINES DOING TO TACKLE SUSTAINABILITY?

To achieve a healthier planet, airlines around the world are working toward greener aviation. These are just some of the recent examples:

​ Japan’s ANA HD will have replaced around 70% of its single-use plastics with eco-friendly products by the end of the 2020 fiscal year.

​ Partners in the KLM Corporate BioFuel Programme pay a surcharge that covers the difference in cost between renewable fuel and traditional kerosene. 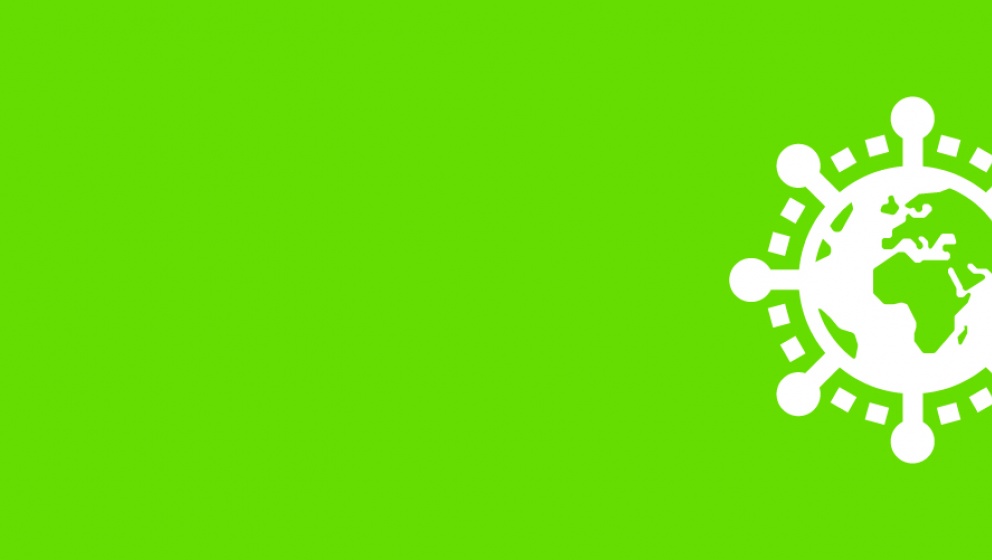 Without management, a sustainable direction is nothing 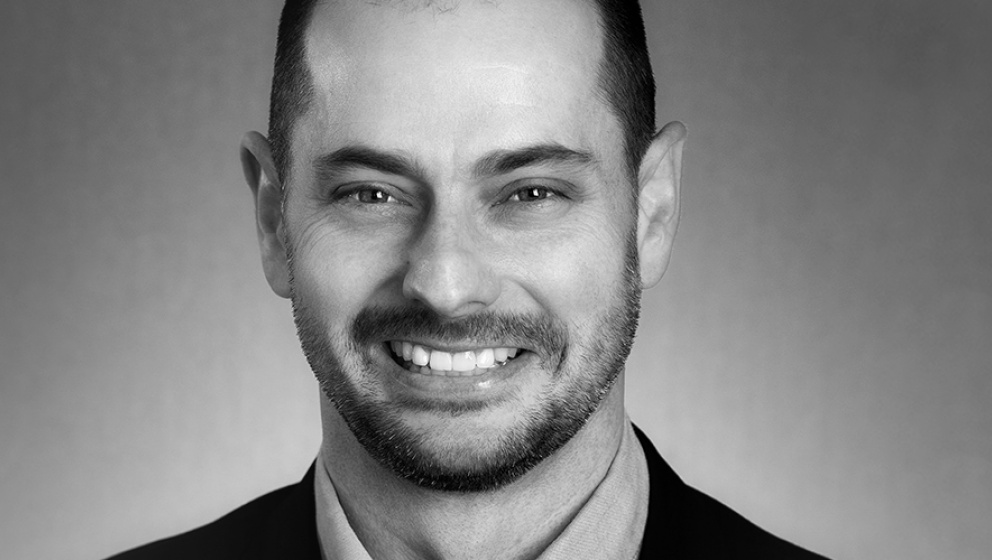 The brave and the innovative: Transparency man Toby Heaps 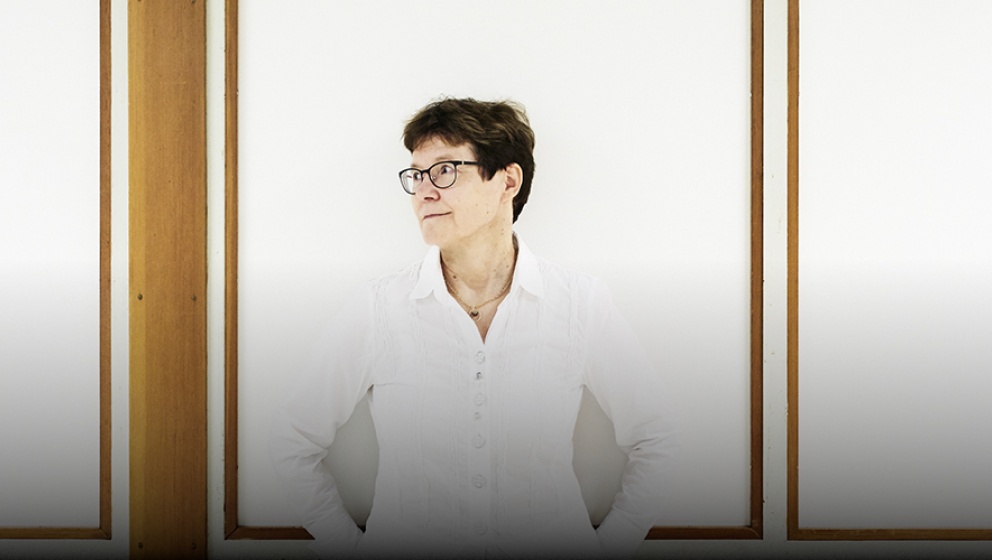 The brave and the innovative: History maker Ulla Kiiski 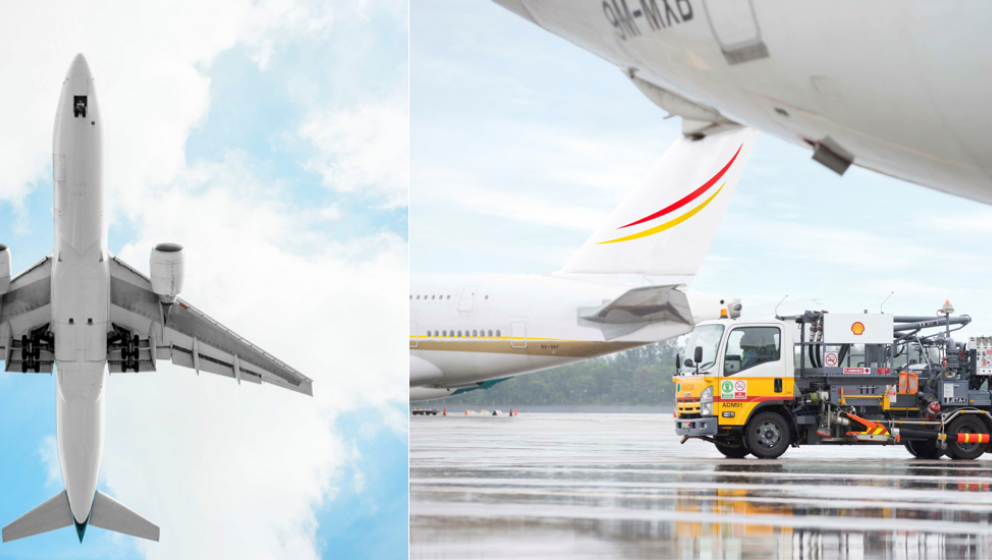 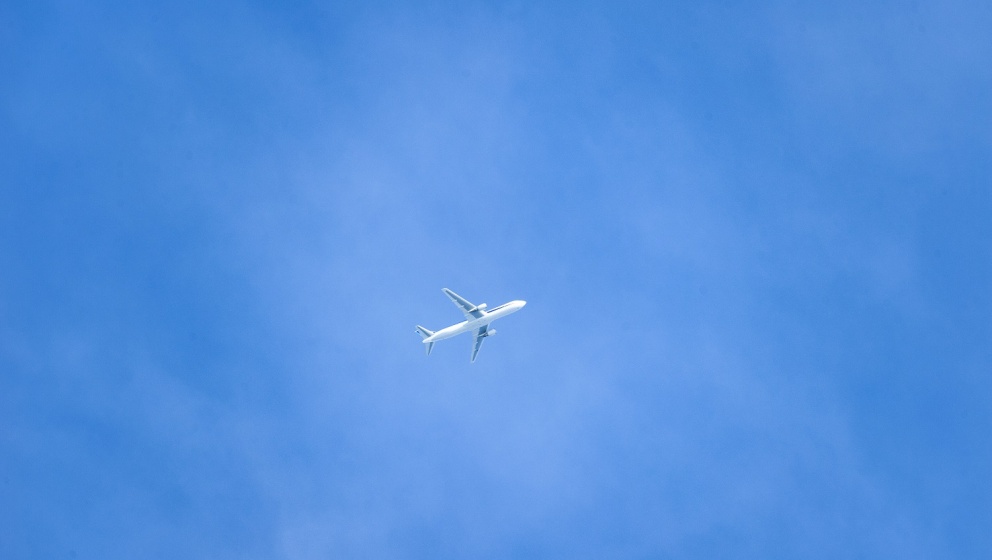 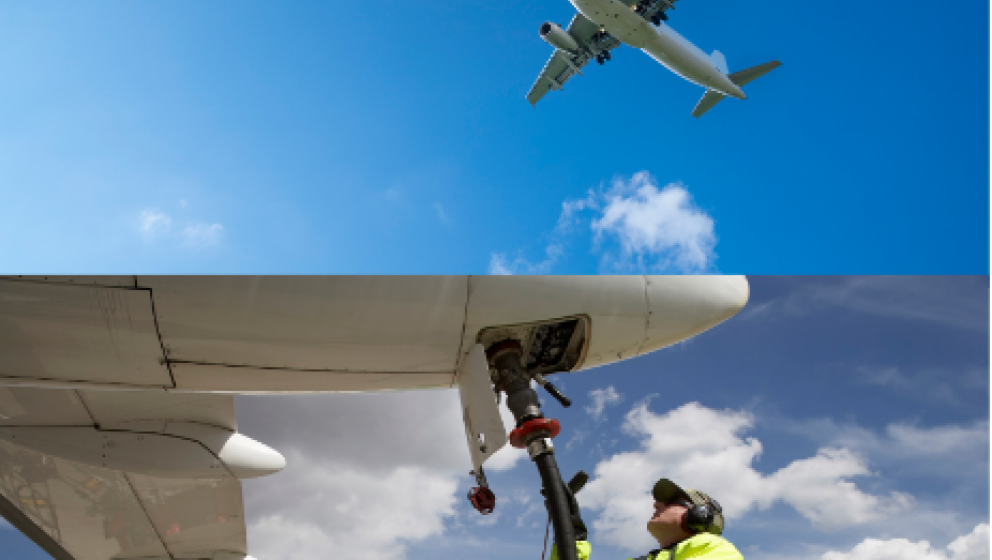