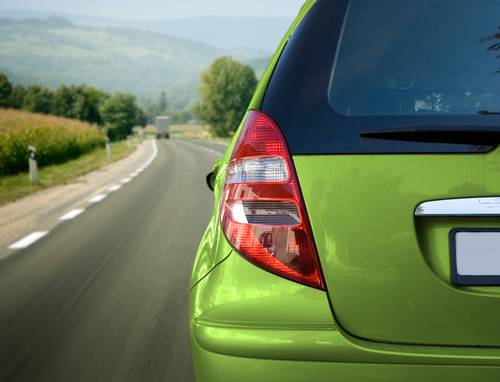 Car and fuel makers have recently started negotiations on the preparation stage for the specification of the E20 fuel grade. The grade can be expected to enter the market by 2020 at the earliest.

“Fuel makers want to work in cooperation with car makers to ensure that both parties have the technical capabilities for manufacturing and utilizing the new fuels when their time comes. Political decisions will determine the schedule for the new products' entry to the market,” says Seppo Mikkonen, fuel specialist from Neste Oil.

Bringing a new fuel to the market requires preparation and a legislative process by the EU's governing bodies that last for years, leading to a change in the Fuel Quality Directive. Alongside this work, a new fuel standard is under preliminary preparation, but the introduction of the standard into force and the fuel can only take place after the Directive has entered into force.

Finland is targeting on 20 percent of bioenergy

Fuel refiners have developed several means for reaching the targets. In addition to ethanol, the biocomponent in gasoline can consist of ethers or hydrocarbon components produced from renewable raw materials.

“Neste Oil's process is already producing biobased hydrocarbon components that can be added to gasoline without causing any problems to engine operation. Their chemical structure is of a similar type to that of fossil gasoline, and thus they are already suitable for all engine types,” says Mikkonen.

The current E5 and E10 specifications do not precisely define the proportions of biocomponents in relation to each other, and definitely do not prescribe them to only consist of ethanol. Thus, fuel makers have great opportunities for using those bio-based substances that are commercially and technically best suited to the task. The same flexibility is also expected of the future specification for the E20 fuel.

“It is important that fuel makers will be enabled to manufacture the best possible fuel for all engines in the future as well. Fuel makers have the expertise and experience needed to produce high-quality fuels. Companies that have operated in the field for a long time also bear their responsibility for their environment and customers.”

Preserving the freedom of choice

In addition to technical product development, Neste Oil and other fuel makers are responsible toward both consumers and the authorities for ensuring that products introduced to the market meet the regulations concerning the industry and the expectations of motorists.

Car drivers continue to have the freedom of choice between different gasoline grades, and there will always be the most suitable, high-quality fuel available for all engine types.

Of the current vehicle base, only a few could utilize the future E20 gasoline, which can contain 20–25 percent ethanol. Only flex-fuel vehicles (FFVs) able to useseveral different gasoline-ethanol blendsare capable of this. Last year, only slightly more than 300 FFV cars were sold in Finland, whereas more than 100,000 new cars were sold in total.

Car makers will probably start taking into account the possibility to use E20 in new cars by the end of this decade. The E20 fuel’s introduction will not require major changes in engine technology.

Over the long term, the use of different E20 grades will become possible in nearly the entire vehicle base in the same way as E10 gasoline with ten percent of ethanol is supported today.

Just adding ethanol to the fuel increases fuel consumption which is seen if tens of percent ethanol is added. However, ethanol also raises the octane number, enabling the engine to be designed to achieve the same perfromance with a smaller fuel consumption. This way, the effects compensate each other – but not without utilizing a new engine technology.

“Engines can be modified so that the same performance can be produced with the same amount of fuel using engines with a smaller cubic volume. These changes will probably start appearing in new cars after decisions concerning E20 have been made,” Mikkonen says.

The less ethanol included as a biocomponent, the fewer changes are required in engines. If gasoline comparable to E20 is manufactured by adding hydrocarbon components into it so that its ethanol content does not rise above the ten percent of the current E10 gasoline, such fuel can be used without any changes to the engine in all present-day cars that can utilize E10.

“When using hydrocarbon-based biocomponents, the addition of the biocomponent does not cause any problems with the engine. They work in the engines exactly the same way as gasoline of fossil origin,” Mikkonen says.