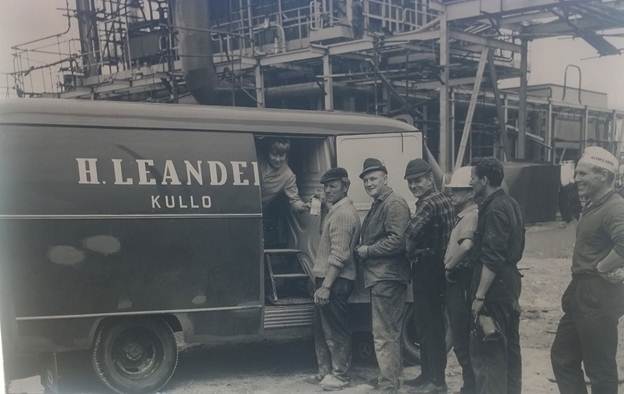 The largest unit in the Finnish export industry, Neste Porvoo refinery, celebrates its 50th anniversary at the Porvoo Art Factory in September. The festivities kick off today on September 11 with an event for invited guests with Prime Minister Juha Sipilä as guest of honor.

"Here at Neste you have done remarkable work to develop the production and attributes of conventional fossil fuels to the highest level. In addition, you have already for a long time done groundbreaking work to develop biofuels and today Neste is the world's largest producer of renewable diesel. Renewable diesel made from biomass - waste, residues and vegetable oils - is bioeconomy at its best", said Prime Minister Juha Sipilä in his speech at the refinery's 50th anniversary in Porvoo on Friday.

Neste is Finland's largest export company, and the Porvoo refinery plays a central part in its operations. What is more, the refinery has attracted a diverse group of other companies around it that benefit from the proximity of one another. Kilpilahti as an area and Porvoo refinery, in particular, are good examples of industry which has remained competitive through continuous development and renewal.

"Porvoo refinery is a special cause of pride for Neste and a source of many globally successful innovations. The concentration of the refinery, technology center and the engineering office in Kilpilahti has offered a unique environment for developing new technologies and products. Another key factor is our personnel with which we are engaged in truly close cooperation. Our people have made the development of the refinery possible and ensured that we have been able to train new experts with the support of our existing employees," said President and CEO Matti Lievonen.

Through the decades, the Porvoo refinery has grown into one of the largest industrial plants and international export units in Finland. Significant part of the fuels sold in Finland are produced there, and over half of the refinery's production is exported. In international evaluations, Porvoo refinery has been rated one of the most advanced refineries in Europe on several occasions.

Neste has 2,000 employees in Kilpilahti, and the refinery has attracted nine other companies and their 1,500 employees to the area.  As a whole, the Kilpilahti industrial area built around Neste is the largest center of chemical industry in the Nordic countries.

Investments in the future

In more years than one, Neste has been the largest industrial investor in Finland. Currently, investments of over EUR 500 million are in progress or being launched at the Porvoo refinery, for some of which the company has implementing partners.

Oil was distilled for the first time at the Porvoo refinery in October 1965. Throughout its operations, the refinery has purchased a significant portion of the crude oil from Russia or the former Soviet Union, but it has also continuously used oil drilled from the North Sea. One of the most significant technical strengths of the Porvoo refinery is its capability to refine high-quality oil products from different quality of raw materials.

Since 2007, Porvoo refinery has also produced  NEXBTL renewable diesel, a product based on Neste's proprietary technology. All raw materials used by renewable diesel units in Porvoo have, for years, consisted of various waste  and residues.

Neste celebrates the 50th anniversary of the refinery during September. In addition to the day event organized for, partners and friends of Neste on Friday, September 11, the company will celebrate with its Kilpilahti personnel and their spouses at the Porvoo Art Factory (Taidetehdas) in several events in the upcoming weekends.   The Art Factory offers a photo exhibition open to the public on September 11-October 3, illustrating various phases over the 50-year journey of the refinery.

Neste is a pioneer in oil refining and renewable solutions. We provide our customers with premium-quality products for cleaner traffic and industrial products based on world-class research. Our sustainable operations have received recognition in the Dow Jones Sustainability World Index and the Global 100 list of the world's most sustainable companies, among others. Our net sales for 2014 amounted to approximately EUR 15 billion, and our shares are listed on NASDAQ Helsinki. Cleaner traffic, energy and life are moved forward by about 5,000 professionals. More information: neste.com

Construction men at the refinery in 1965