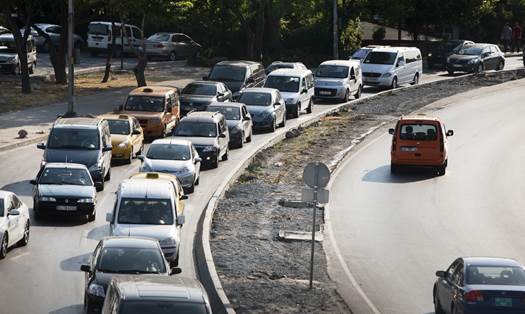 As Europe's first passenger car manufacturers to do so, Peugeot and Citroën together with the parent company PSA Group have announced their acceptance of the use of fully fossil-free, HVO-type (Hydrotreated Vegetable Oil) renewable diesel in the group's passenger cars and vans.

This is a long-awaited first formal announcement of such an acceptance from manufacturers of light-duty vehicles, as the heavy-duty sector - such as the major truck manufacturers Volvo, Scania, Mercedes, DAF, and MAN - have already published their acceptance of the fuel and promoted its use to reduce carbon emissions.

All Peugeot and Citroën passenger cars and vans with Euro 5 and Euro 6 standard engines in  Norway and Sweden are now approved to run on the HVO-type renewable diesel, such as Neste Renewable Diesel, as long as these fuels meet the new standard EN 15940.

The EN 15940 is a new standard for paraffinic diesel, recently approved by CEN (European Committee for Standardization), specifying the quality and properties of the so called "second generation" or "advanced" renewable diesel fuels which are either synthetic or produced from renewable raw materials through hydrotreatment.

The EN 15940 standard guarantees the fuel's high quality and makes it easier for all vehicle manufacturers to authorize its use as such (100% renewable, i.e. completely fossil-free), as well as to offer it warranty and exhaust gas approvals. The standard will be implemented Europe-wide by the end of 2016.

Neste is the world's largest producer of fossil-free, premium-quality, HVO-type diesel. Neste Renewable Diesel is a sulfur-, oxygen-, nitrogen-, and aromatics-free diesel fuel suitable to be used in all diesel engines as such, or as a diesel blend component, without any engine modifications. It has been developed in cooperation with car and engine manufactures to meet even their most stringent requirements, and it fully complies with the new EN 15940 standard.

The high-level performance of Neste Renewable Diesel has been tested extensively. It has been found to be a cleanly-burning, high-performance fuel that is compatible with all diesel engines and suitable even for arctic weather conditions. Its use does not require any modifications to the diesel engine. The use of Neste's low-carbon diesel offers significant climate benefits, reducing greenhouse gas emissions by up to 90% compared to conventional fossil diesel while simultaneously significantly lowering local tailpipe emissions, such as nitrogen oxides and fine particulate matter.

Its high cetane number of 75-95 enables efficient and clean combustion, providing the vehicle with extra power compared to traditional biodiesels. The fuel may even help lower maintenance costs as its use keeps the engine cleaner and reduces the lubricant oil deterioration. Based on its technical qualities, Neste Renewable Diesel outperforms both conventional biodiesels as well as even the highest-quality fossil diesels.

Neste (NESTE, Nasdaq Helsinki) creates sustainable choices for the needs of transport, businesses and consumers.  Our global range of products and services allows customers to lower their carbon footprint by combining high-quality renewable products and oil products to tailor-made service solutions. We are the world's largest producer of renewable diesel refined from waste and residues, and we are also bringing renewable solutions to the aviation and plastics industries. We want to be a reliable partner, whose expertise, R&D and sustainable practices are widely respected. In 2015, Neste's net sales stood at EUR 11 billion, and we were on the Global 100 list of the 100 most sustainable companies in the world. Read more: neste.com/en