It's all about the base 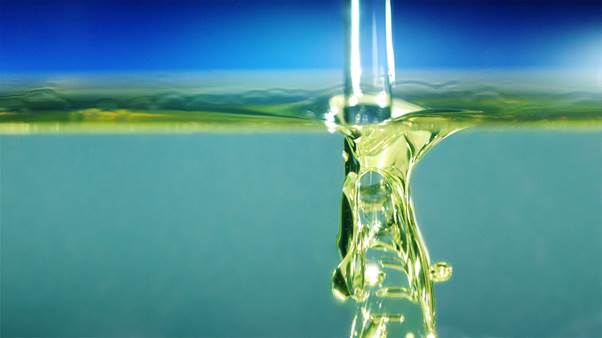 The quality requirements for lubricants have become stricter over the past decades. This, in turn, has put pressure on companies like Neste to further develop their base oils products and their production processes to meet the tightening requirements. By chemically converting refinery streams to base oil molecules with exactly the right properties, it is guaranteed that we end up with well-performing top-tier lubricants. But how exactly are these base oil molecules produced, how do we guarantee the right properties? Let our base oils development expert Fredrik Nissfolk explain. 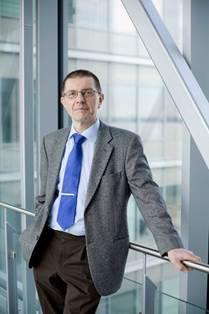 The base oils have several important roles in a lubricant, not least in the transfer of heat from loaded and otherwise heated parts of an engine or other lubricated equipment to keep the temperatures at the desired level. Since one quarter of lubricants can be a mixture of additive components, the base oil needs to be a good carrier of these additives and these need to be kept soluble in the oil. Base oils also have an inherent contribution to add to a lubricant's load-carrying capacity even in the absence of anti-wear or extreme pressure additives.

Classification of base oils and differences in their manufacturing processes

The American Petroleum Institute (API) has categorized base oils into five categories. The first three groups are refined from petroleum crude oil, while Group IV base oils are full synthetic (polyalphaolefin) oils, and Group V is for all other base oils not included in Groups I through IV. Let us look at the key differences between the Group I through III base oils and their manufacturing processes:

Group I base oils are produced from crude-derived oil fractions by extracting the suitable molecules and by removing paraffin waxes and aromatic components. The paraffin wax molecules are unwanted as they solidify at too high a temperature. The lubricants also need to be fluid in arctic-type temperatures and conditions. Likewise, the aromatic components are removed as they have severe disadvantages in terms of the base oil's stability, health and safety properties.

The main processes for manufacturing mineral base oil are solvent de-waxing (SDW) for paraffin wax removal and aromatic extraction for removing the aromatics and poly-aromatics from the desired base oil molecules. The yield of base oil depends on how much of the undesired components are present in the feedstock. The quality and yield of base oil is also strongly influenced by the crude oil selection. The processing for mineral base oils is based on physical separations and after refining, the base oils still contain impurities that are chemically bound to the base oil molecules. Sulfur is one of these impurities.

The base oil originated sulfur was of little concern in the past, as a significant amount of sulfur was entering a combustion engine through fuel. However, the view on sulfur has changed since, and fuels today are essentially sulfur-free in many parts of the world. The importance then of lubricant-related sulfur has become an extremely critical factor.

Lube sulfur, as such, is not considered a potential source for combustion emissions, but sulfur has a tendency of forming solids, which can block tail gas after-treatment systems. Blocked or deactivated tail-pipe catalysts and filters will cause equipment to malfunction and thus lead to increased emissions. Numerous specifications from OEM's and industrial bodies have been issued for low-sulfur engine oil over the past decade. These requirements, in combination with other shortcomings of mineral oils, have dramatically reduced the demand for mineral oils for automotive engine oils. Modern automotive lubricants produced against sulfur content specifications actually block the use of mineral base oils.

Group II and Group III base oils are produced by chemically converting the crude-derived base oil fraction to useful base oil molecules. This is quite different from the "cherry picking" process used to produce Group I -type base oils as described above. The chemical processes involved are hydrocracking, hydro-isomerization and hydro-finishing.

At first, the suitable feedstock cuts are isolated from the refinery processes. The feedstock is then run through a hydrocracker, which breaks some of the molecules into smaller ones (diesel) or open disadvantageous ring-structures (naphthenic, poly-naphthenic, aromatics and poly-aromatics). These are then turned into more desired aliphatic (paraffinic) molecules. The hydrocracker is also producing significant amounts of paraffinic wax, which was previously considered a non-desired constituent of base oil in the mineral base oil production. For Group II and III, the paraffinic wax is, on the contrary, a highly desired intermediate product. Hydrocracking also takes care of the sulfur problem as this will be chemically released from the lube molecules in the feedstock and therefore removed entirely from the base oil.

Hydrocracking can be carried out in different severity modes. With low severity, the feedstock molecules are only moderately modified. As a result, less feedstock is turned into light hydrocarbons, e.g. diesel. Simultaneously, the yield of the base oil intermediate product will be high, but the quality-lifting effects of hydrocracking will be limited. Low-severity processing is typically used in production of Group II products.

With high hydrocracking severity, the molecules will undergo a more dramatic change. As a result, a significantly larger portion of the feedstock will end up in the diesel pool while the remaining base oil intermediate will have superior properties corresponding to the Group II intermediate product. The main benefit of higher severity is increased content of paraffinic wax and less naphthenic components. The hydrocracker product is distilled in order to remove the light products created in the process. The remaining bottom product from this distillation is generally named hydrocracker bottoms (HCB), hydrocracker residue or unconverted oil (UCO).

Molecules are heavily restructured in a severe hydrocracking process, and the product is very different from the feedstock. Hence, it is fair to say that the hydrocracker to a large extent is breaking the link between crude oil and base oil quality, which makes the Group III products much less sensitive to crude oil quality than Group I.

Isomerization is the part in the process where waxy molecules in the hydrocracker bottoms are reshaped into more branched molecules. This additional branching dramatically changes the crystallization behavior of the molecules. Waxy products may become solid at temperatures above +50°C while the isomerized product will still be fluid at -10.-40°C. The lowest temperature at which the base oil can be poured out of a test vessel is denoted as the pour point. The pour point of a Group III product can still be improved to a level of -40.-50°C by adding fractions of a percent of pour point depressant additive.

Isomerization is a catalytic process carried out at a relatively high temperature and under very high hydrogen pressure. The catalysts used for isomerization are based on noble metals. In addition to isomerization, the product will also undergo hydrogenation or saturation of carbon-carbon double bonds. Removal of the double bonds improves the stability and makes the product more robust against oxidative and thermal degradation. This becomes extremely important when the base oil is used in top-tier lubricants where the oil is exposed to very harsh environments.

Hydro-finishing is the third catalytic process unit in the production chain. Noble metal catalysts operated at high temperature and hydrogen pressure will take care of saturating any residual unsaturated species in the product, which ultimately makes the products cleaner.

Even at this point of the process, the product stream consists of a mix of molecules ranging from light products like diesel, up to the heaviest base oil fractions. This stream is divided into more narrow boiling range cuts by distillation.

Due to the high boiling points, the distillation process needs to be carried out at very low pressure in order to avoid exposing the products to detrimental temperature levels. The distillation cuts are then carefully controlled to achieve the correct viscosity, boiling range, and other boiling range related properties like evaporation loss (Noack) and flash point.

Neste focuses on refining premium-quality Group III base oils that are consistent in quality and guarantee high level performance. Our global customers see these products as NEXBASE®3000-series products, which are available in six viscosity grades ranging from 2 to 8 cSt. The viscosity grades refer to viscosity measured at 100°C.