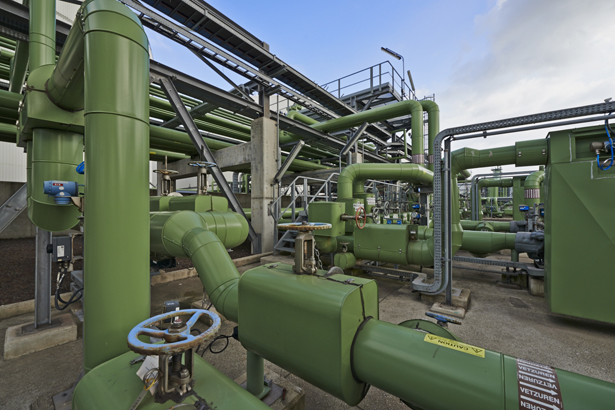 A new renewable fuel will enter the market when Neste Oil starts the manufacture of biopropane. The investment will be made at the Rotterdam refinery. The market for propane in LPG applications is large because of the undeniable benefits offered by it. The biopropane project is highly sensible also from a financial viewpoint.

A completely new and environmentally friendly renewable product will be launched a couple of years from now. Nobody in the world offers such a fuel at present. The first biopropane production unit in the world will be built at the Neste Oil Rotterdam refinery. How is biopropane different from the biogas already on the market?

LPG (Liquefied Petroleum Gas) is extensively used in cooking and heating, as a traffic fuel, and in industrial applications. The name already reveals the most major benefit of the product: propane – just like the other LPG raw material butane – is a gas at room temperature but can be turned into a liquid by means of pressurization. This means that it is easy to transport and store.

"From a technical viewpoint, biopropane is the very same product as fossil propane, which means that biopropane can be used in the same way as regular LPG," Sarikkola explains. However, it is a highly environmentally friendly and renewable product. The project is very smart both in terms of the environment and in terms of refining efficiency.

Renewable by-product is refined to improve its quality

Biopropane is generated as a by-product when manufacturing Neste Oil's renewable NEXBTL diesel. "The process yields a gas mixture rich in propane; more than half of the mixture is propane. The mixture is currently used to produce energy," Sarikkola says.

A new unit will be built at the Rotterdam refinery to separate the propane. It is a major investment of €60 million. In addition to the separation unit, other new infrastructure elements are needed.

"LPG is a pressurized product, and it requires special tanks and its own pipeline system," Sarikkola explains. "We will make the investment in such a manner that the biopropane can be shipped from Neste Oil's own jetty to ensure flexible deliveries to different market areas."

The plan is to start selling biopropane by the end of 2016. The Neste Oil Rotterdam refinery produces around 800,000 tons of NEXBTL diesel per year. The annual production volume of biopropane will be around 30,000–40,000 tons, depending on how the refinery's operations will be optimized.

The production is expected to be profitable as well: the market price of propane is clearly higher than that of the current gas mixture which is used in energy production. The investment's expected pay-back period is less than five years. Furthermore, biopropane is a renewable product that will reduce greenhouse gas emissions in LPG use.

Neste Oil is a pioneer in the field of biopropane. "We are currently the only source of environmentally friendly biopropane in the world," Timo Sarikkola notes.

What is the difference between biogas and renewable LPG?