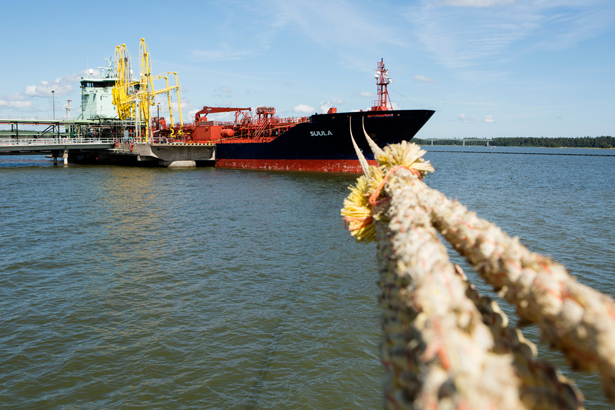 Meant for marine use, the new gas oil meets the requirements of the Sulfur Directive and will clearly reduce sulfur, nitrogen and particle emissions in marine traffic. The new fuel is an interesting alternative for shipping companies, since its introduction will only require minor technical modifications of the ships.

Neste Oil's new bunker fuel is middle distillate based gas oil or MDO (Marine Diesel Oil). It can be used in marine traffic instead of the currently used heavy fuel oil.

The new fuel meets the requirements of the EU Directive on the sulfur content of marine fuels. Its sulfur content remains within the max. 0.1% limit laid down in the Directive.

“In addition to sulfur emissions, our new product will clearly reduce nitrogen and particulate emissions when compared to those generated by heavy fuel oil. MDO can be used as such also as the fuel in small combustion units on dry land,” says Product Manager Hilkkaliisa Siro-Minkkinen.

The Sulfur Directive will come into force at the beginning of 2015. Its goal is to reduce the sulfur emissions from marine traffic in Europe and in the SECA area (Sulfur Emission Control Area) that covers the Baltic Sea, the North Sea, and the English Channel.

Neste Oil's low-sulfur ship fuel will be launched at the end of 2014.

“Shipping companies have already studied the alternatives available for this change. Neste Oil offers its low-sulfur fuel transported into your ship. We also offer other services to shipping companies, such as price hedging services,” Siro-Minkkinen explains.

Reducing sulfur emissions is not optional. Ultimately, it all boils down to whether the sulfur will be removed at the refinery or onboard the ship.

“Sulfur emissions can be reduced by scrubbing combustion gases with sulfur scrubbers or by replacing the ship's fuel with a new type of fuel that contains less sulfur. The new fuel is more expensive than heavy fuel oil, but its use can be started with only minor technical modifications that can be implemented during the ships' regular port visits, while installing a scrubber is always a considerable investment. Scrubbers will probably be installed in some ships but most will switch to the new fuel,” reckons Johan Perander, who is in charge of the development of business at Neste Oil.

Marketing of the new fuel to shipping companies has already started.

The process used to remove sulfur at the refinery will inevitably increase the price of the fuel. The difference between the market price of low-sulfur gas oil and heavy fuel oil is $200–300 per ton.

There is a significant market for the new low-emission fuels. The potential total market in Europe is around ten million tons per year, and the Baltic Sea markets total at around five million tons.

“The demand for middle distillates will increase and the markets will become more favorable to us because gas oil is much better suited for our production processes than heavy fuel oil. Our refineries will be able to manufacture ship fuel at a competitive price,” says Perander.

The share of low-sulfur ship fuel of the entire middle distillate market is small, however, which means that the change will probably not influence the market price of diesel fuel too much.