Neste Oil to make major investments in Finland, integrate the operations of its Finnish refineries, and reduce personnel 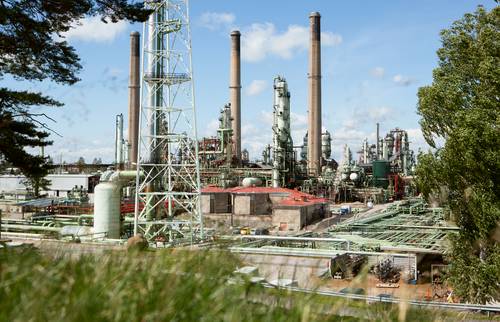 Neste Oil is planning to initiate a major development program to rationalize its operations. Investments totaling approx. EUR 500 million are to be made in growth and optimizing production at the company's Porvoo and Naantali refineries in Finland. The plan is to closely integrate refinery operations at Porvoo and Naantali to achieve better operational and cost efficiency. Some operations will be shut down or outsourced. The impact of these changes, together with changes that have already been implemented, are expected to reduce Neste Oil's labor requirement by approx. 250 employees, primarily in Finland. Neste Oil has issued an invitation to personnel to take part in statutory employer-employee negotiations covering these changes and how they will affect employees.

"Given the substantial overcapacity that exists in the oil refining sector in Europe, we need to look at a broad range of solutions for improving our competitiveness and securing the foundation of our future operations and growth," says Lievonen.

The planned program of new investments covers a number of projects, of which the largest will be the construction of an SDA feedstock pre-treatment unit at Porvoo. Costing EUR 200 million, this will improve Neste Oil's production structure and ability to optimize its crude oil slate, and is due to be completed in 2017.

At Naantali, Neste Oil plans simplifying the structure of the refinery and investing approx. EUR 60 million in various utility-related enhancements. Basic engineering on these projects is due to be completed in early 2015, after which a final decision on the individual investments will be taken, with completion following in early 2017.

Neste Oil is investigating the future of the electricity distribution system at the Porvoo refinery as part of wider efforts designed to enhance the company's competitiveness. One of the options being looked at is to sell the distribution network to an outside investor. The plan is to complete this study later this year. Selling the network would free up resources for investments in the company's core businesses.

The project to modernize energy generation at the Porvoo refinery announced in May 2013 has been modified and the plan now is to implement the power plant investment, valued at more than EUR 250 million, through a joint venture with Veolia and Borealis. The intention is to take a final decision on the project in spring 2015; completion of the investment is scheduled for 2017.

The plan is to closely integrate operations at Neste Oil's two Finnish refineries and manage them as one system, with four production lines at Porvoo and a fifth at Naantali. This will result in some of the existing units at Naantali being shut down.

Naantali will continue to produce diesel and specialty products such as solvents; and play an important role in producing feedstocks such as vacuum gasoil for use at Porvoo. Gasoline components produced at Naantali will be refined into end-products at Porvoo, and terminal capacity at Naantali used for distributing gasoline from Porvoo.

Impact of the planned changes on personnel

The structural changes being planned, and those already implemented, together with the refinery changes and new investments, will reduce Neste Oil's labor requirement. Neste Oil estimates that it will need to reduce a total of 250 employees, primarily in Finland. This number does not include possible outsourcings. Reductions will mainly affect the Group's common functions and the Oil Products business area.

The plan is to adjust the number of personnel to match the changes that have already been made, those now being planned, and future business needs - and achieve a more cost-effective and flexible structure and operations. The changes will also see some jobs transferred to different locations, while the investments will generate some new jobs.

A conference call in English for investors and analysts

Neste Oil in brief
Neste Oil Corporation is a refining and marketing company concentrating on low-emission, high-quality traffic fuels. The company produces a comprehensive range of major petroleum products and is the world's leading supplier of renewable diesel. Neste Oil had net sales of EUR 17.5 billion in 2013 and employs around 5,000 people, and is listed on NASDAQ OMX Helsinki.

Neste Oil is included in the Dow Jones Sustainability World Index, and has featured in The Global 100 list of the world's most sustainable corporations for many years. Forest Footprint Disclosure (FFD) has ranked Neste Oil as one of the best performers in the oil & gas sector. Further information: www.nesteoil.com