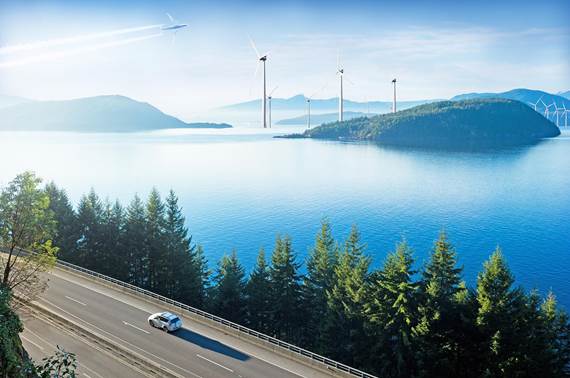 Neste has published a business environment outlook called Taking Action on Climate Change. It discusses key changes taking place in the energy, transport and chemicals markets. As global commitment to tackle climate change requires major efforts to reduce emissions, the use of fossil raw materials will inevitably need to decline in all of these sectors. Neste has risen to become the global leader in renewable diesel, and realizes that there is significant potential for renewable solutions not only in the road transport sector but also in aviation and the plastics industries.

Electric vehicles are on the way - what is Neste's response?

Neste estimates that by 2030, approximately ten percent of the global car fleet will be electric cars. Despite the fact that electric vehicles are expected to rapidly become more common for passenger transport, Neste believes that renewable diesel will remain a competitive solution for reducing transport emissions. By 2021, renewable diesel demand is expected to have doubled in North America, the Nordic countries and Europe.

"The increase of electric cars is a good thing, because we need every possible solution to combat climate change," says Neste's President & CEO, Matti Lievonen. "Renewable diesel is also needed, since for the time being it's one of the most cost-efficient ways to reduce climate emissions, and can do so by as much as 90 percent. Many cities and businesses in Finland, Sweden and also in California have opted for 100 percent Neste MY Renewable Diesel for this reason."

To achieve Finland's planned 50 percent emission reduction target by 2030, both biofuels and electric vehicles using emission-free power will be needed in abundance.

What is the future of diesel vehicles and diesel fuel?

Some major cities have announced bans or restrictions on diesel vehicles to tackle air quality problems. Due to emissions cheating, the reputation of diesel cars has suffered greatly. Neste believes that the problem of emissions from diesel vehicles can be solved, and that diesel technology will remain competitive for a long time to come.

"Engine standards are evolving, and the automotive industry is committed to important measures to achieve significantly lower tailpipe emissions. One of the ways to further reduce the heavy traffic emissions is to choose 100% biofuels, such as Neste MY Renewable Diesel," says Lievonen.

In Europe, demand for diesel and other fuels that are classified as middle distillates is expected to grow by more than 10 million tons by 2025. One part of this growth is being driven by the increase in demand for heavy transportation and air traffic. About 70 percent of diesel use is accounted for by heavy transportation.

In the coming years, demand for middle distillates, like diesel, will also increase significantly in shipping, where the IMO's (International Maritime Organization) global sulfur regulation, which comes into force in 2020, will limit the sulfur content in marine fuels to below 0.5 percent. This means that much of the shipping industry will switch from heavy fuel oil to low-sulfur marine fuels. Neste offers ship owners low-sulfur marine fuels that meet the new emission limits.

Renewable solutions for air traffic are on the way

The aviation industry, which consumes rapidly growing volumes of fuel, is also opening up to renewable fuels. Legislation to support this change is being developed in several regions, including the EU, Norway, and California.

"Renewable fuels are seen as an important solution for reducing emissions from air transport. Solutions are needed because at the same time as the aviation industry is committed to reducing its carbon dioxide emissions, demand for aviation fuel is projected to grow globally by 100 million tons over the next ten years," says Lievonen.

Neste is a global pioneer in renewable air transport solutions, as the Neste Green Hub solution that the company has developed promotes the use of renewable aviation fuel with the aid of airport cooperation. The first example of this is the recently announced cooperation with Geneva Airport, and discussions are also ongoing on ten other cooperation projects.

First commercial delivery of bioplastics in 2018

Neste is also developing new business operations from bioplastics, the raw materials for which are the renewable products manufactured by Neste. The bioplastics market is expected to grow by more than 40 percent by 2021. About 80 percent of this growth is expected to come from durable biobased plastics, such as Neste's bioplastics solution, the demand for which is growing faster than for biodegradable plastics. Neste's bioplastic solution is easy to use, because the properties of the plastics produced are exactly the same in production, use and recycling.

"Our renewable products have already been used in bioplastics production, and our goal is to make the first commercial delivery in the first half of 2018. We are working closely with our customers and plastic manufacturers, and discussions are underway with ten global brands," says Lievonen.

By 2020, Neste targets to have 20% of its renewable business sales volume from renewable jet fuel, renewable chemicals and bio-based plastics.

Neste (NESTE, Nasdaq Helsinki) builds sustainable options for transport, business and consumer needs. Our global range of products and services allows customers to lower their carbon footprint by combining high-quality and low-emission renewable products and oil products with tailor-made service solutions. We are the world's largest producer of renewable diesel refined from waste and residues, and we are also bringing renewable solutions to the aviation and plastics industries. We want to be a reliable partner with widely valued expertise, research and responsible practices. In 2016, Neste's net sales stood at EUR 11.7 billion, and we were on the Global 100 list of the most sustainable companies in the world. Read more: neste.com