Neste's NEXBTL renewable diesel is now available to consumers for the first time, with a content of nearly 100%.

The 100% NEXBTL renewable diesel had already been made available to corporate customers, but it is now available to consumers at gas stations for the first time in the world. It has previously been available as a mixture with traditional diesel in various blends. 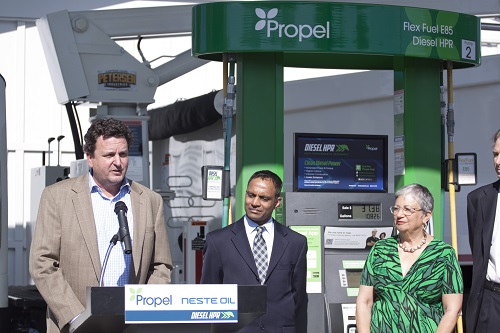 “The price of Diesel HPR is competitive with that of petroleum diesel. However, the new fuel is better than conventional diesel, as it improves the engine performance and burns more cleanly. Studies have shown that the fuel provides increased torque, among other improvements,” says Rob Elam, founder and CEO of Propel Fuels.

Renewable fuels are in high demand in California, for the eyes of the world are on the state’s ambitious program to reduce greenhouse gases. The program aims for a reduction of 10% in greenhouse gas emissions by 2020. In addition, the Governor aspires to reduce the use of fossil fuels in traffic by as much as 50% by 2030. It is predicted that the program could serve as a model when the nations of the world convene in the United Nations Climate Change Conference in Paris later this year. 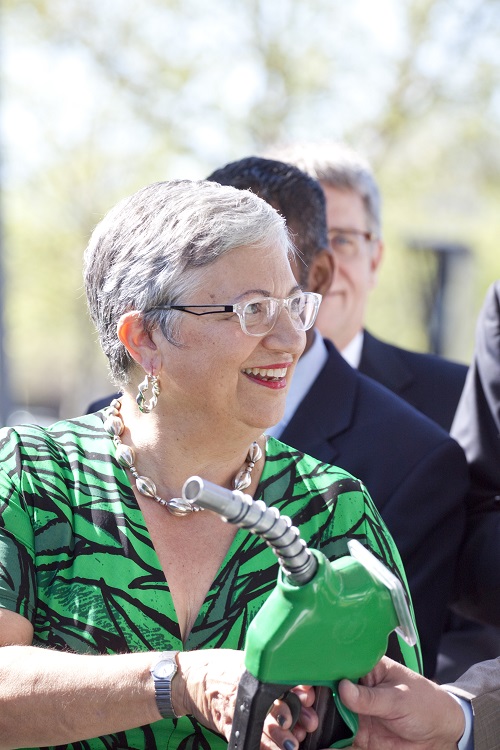 A reduction of 60–85% in greenhouse gas emissions

At the launch event, lawyer and environmental activist Mary D. Nichols, also known as the "Green Lady", filled the tank with the world’s cleanest biofuel, innovated by Neste, calling it “the radical new product.”

Nichols is a Chair of the California Air Resources Board (CARB). She plays a key role in regulating energy consumption in California, including which fuels are used in cars and how homes are built.

“The environmental benefits of Diesel HPR are undisputed,” says Nichols.

The use of Diesel HPR reduces greenhouse gas emissions by 60–85%, nitrogen oxides by 10% and other impurities by 30–40%. 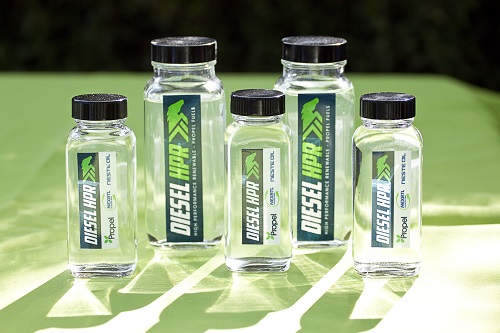 News archive_bottles NEXBTL renewable diesel can be produced entirely without using fossil components. It is made from waste fats—animal and fish fat waste, used cooking oil and residues from vegetable oil processing, such as palm oil processing by-products and technical corn oil—at the Neste facilities in Finland, the Netherlands, and Singapore.