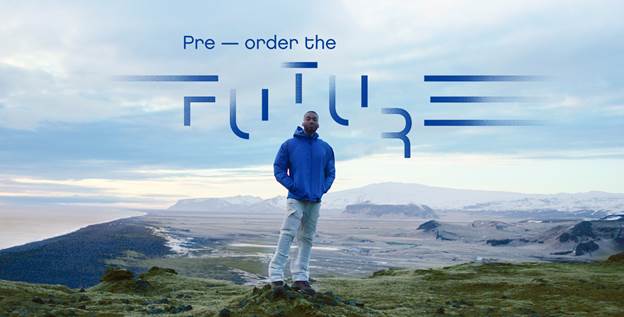 Neste launched its new "Pre-order the Future" project with a viral video that gained millions of viewers. The video, entitled EVERYBODY DIES, BUT NOT EVERYBODY LIVES, with YouTube megastar Prince Ea, was viewed almost 16 million times in 24 hours. The video has been shared a whopping 300,000 times. Video can be seen at neste.com/preorderthefuture.

This is one of the biggest viral hits in Finland, and it launched Neste's "Pre-order the Future" project. The project lasts until next year and offers everyone the opportunity to contribute to renewable products and services of the future at neste.com/preorderthefuture.  In August, the jury will select one product or service for further development, and its prototype will be published in January 2017.

Prince Ea, a star from the United States, appearing in the project launch video, acts as a future researcher in the project, and his task is to oversee the progress of the plans and to ensure that the project promotes a cleaner future.

"Pre-order the Future is more than a campaign. It is a project where we seek new ways of utilizing renewable material and producing responsible solutions that people are interested in," says Sirpa Tuomi, Marketing Director of Neste.

Tuomi is also happy about the positive reception of the campaign launch and regards the future in an optimistic way.

"People all around the world are really inspired by our video. It is rare that content created by a brand is life-changing, which is how viewers have described it. It is wonderful to see that our message of courage and having confidence in your opportunities to change the world has broken through this quickly," says Tuomi.

The project was designed and implemented with Neste by TBWA\Helsinki and the Vizeum media agency. The video is written by Prince Ea and filmed by Cocoa. The project's continuous marketing communication and product development are implemented by a team which consists of Neste, TBWA and Vizeum employees.