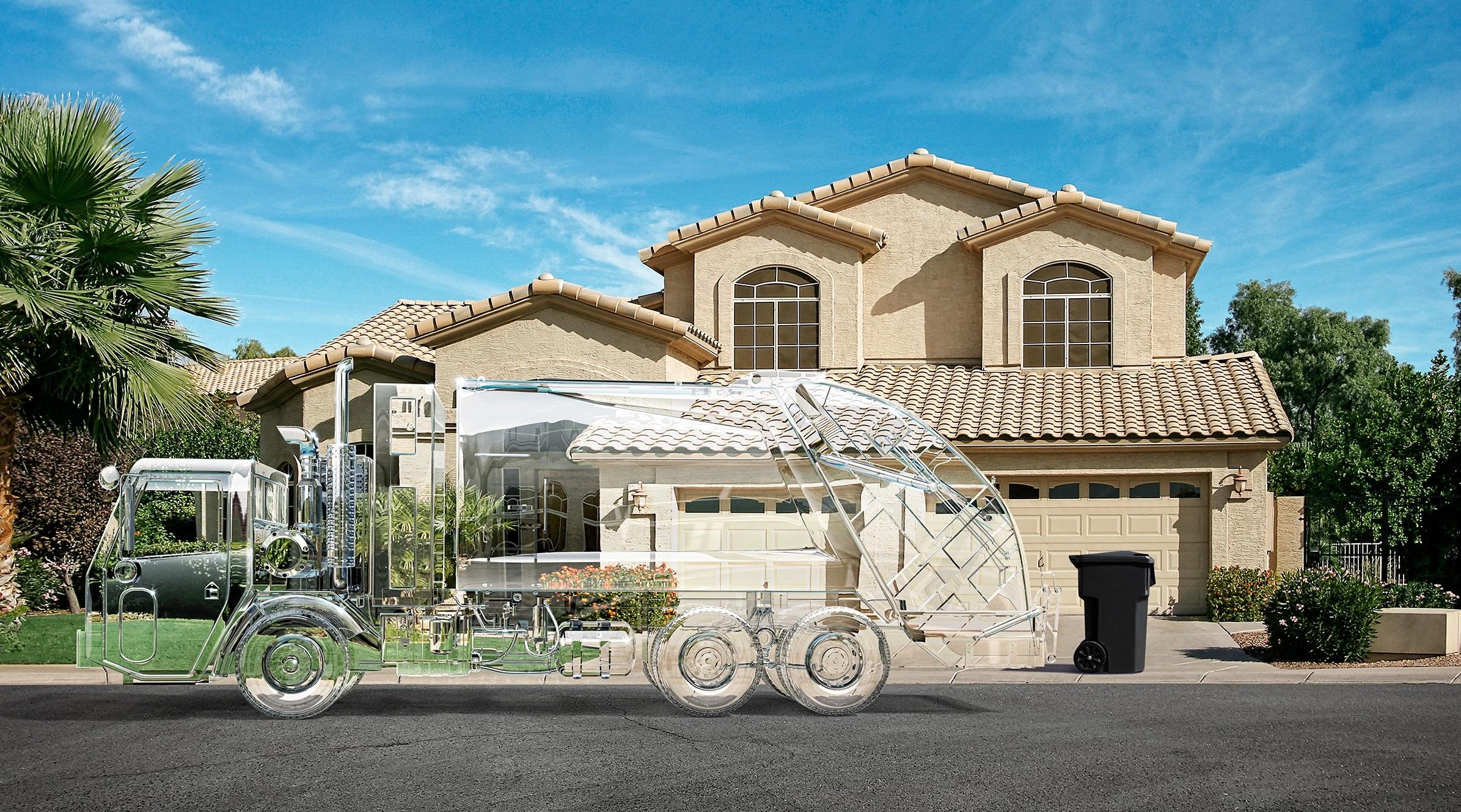 In the United States, nearly 7 billion metric tons of greenhouse gases (GHG) are emitted each year, and more than 28 percent come directly from the transportation industry. The implementation of Diesel Particulate Filters (DPF) and Selective Catalytic Reduction (SCR) reduced diesel emissions by nearly 95 percent, but recently the federal government imposed further regulations to tighten emissions and improve the fuel economy for heavy-duty trucks by up to 25 percent from now through 2027.

As the US Environmental Protection Agency puts it, “greenhouse gases from human activities are the most significant driver of observed climate change since the mid-20th century.” For ecosystems, both on land and in the sea, these changes can cause unwanted effects: loss of sea ice; accelerated rise of sea levels; longer and more intense heatwaves; and shifting plant and animal ranges, just to name a few. Direct impacts will vary region to region, but the total global outcome is not expected to be positive.

We’re seeing commitment from companies in the consumer world, such as Google, Facebook, and Apple to transition business operations from fossil fuels to completely renewable energy. Industries are also picking up the pace—in the oil and gas world we’re seeing noticeable improvements in efficiencies and a greater focus on capturing byproducts and “fugitive emissions” to reduce these footprints.

The EPA and NHTSA established rules for a comprehensive national program aimed at reducing greenhouse gas emissions and fuel consumption from new on-road medium- and heavy-duty vehicles and engines, and this is going to force changes throughout the transportation sector. When it comes to light-duty and heavy-duty trucks, which account for 83 percent of transportation related GHG emissions, some fleet managers in the US are embracing new technologies to be greener. Others are focusing on increasing efficiency with their current resources.

Whether it’s alternative fuels, higher efficiency powertrains, or simple route optimization and reduced idle time, all approaches are having a positive impact, though some are harder to implement than others. Fortunately, the quickest way to make such a difference is also the easiest, and it starts with considering your fleet’s fuel choices. Let’s take a look at three common alternative fuels:

Carbon-based fuels are the benchmark that all others are measured against. The first liquid fuels for diesel engines were used in the early 1900s, and an entire industry was built around these liquid fuel products. A petroleum-based diesel fuel molecule, in its simplest form, is carbon atoms linked together (anywhere from nine to 23 atoms) with each one having hydrogen atoms attached to it—hence the term hydro-carbon. A “straight,” saturated chain is ideal for combustion, but petroleum diesel can have a good deal of “bent” molecules, ring-shaped molecules, impurities, and other chemical oddities mixed in.

This fuel is fairly consistent, always powerful, and has been in use for over a century, but all of those other components contribute to emissions of things like NOx, particulate matter, carbon monoxide, aromatics, etc. It also comes from underground, prehistoric sources, which are labor-intensive to retrieve, and the carbon they introduce into the atmosphere is not recycled from the modern era, but rather carbon that was sequestered away many millennia ago.

Biodiesel is a non-hydrocarbon fuel that can be produced from a variety of source materials, and its use can help decrease the world’s dependence on non-renewable resources such as coal and crude oil. It is produced by transesterification which uses methanol or ethanol and catalysts, to turn the feedstock into “fatty acid methyl ester” (FAME) fuel.

Low-level biodiesel blends such as B2 and B5 are popular fuels in the commercial trucking industry because of their excellent lubricating properties, which can benefit engine longevity.

There are some potential downsides to consider, however. The molecules that come out of the biodiesel production process function similarly to petroleum diesel, but these molecules are exclusive to biodiesel and are not the same as what makes up “standard” diesel fuel. The end product retains an oxygen atom, which means it will attract water, making the fuel susceptible to microbial growth in storage. It can also have less-than-ideal cold temperature performance and a short shelf life due to its lower oxidative stability (per the National Biodiesel Board, B100 has a six-month shelf life without additives).

Renewable diesel is a premium-quality, non-petroleum hydrocarbon fuel made from 100 percent renewable raw materials. Renewable diesel can be made using a number of different biomass-to-liquid processes, with hydrotreatment being the most common. In this process animal fats and/or vegetable oils are processed with hydrogen to remove oxygen, sulfur, and other elements. This produces the most ideal diesel hydrocarbons while eliminating the impurities and aromatics associated with petroleum fuels. However, despite the chemical purity and substantial environmental advantages, this is still a misunderstood fuel despite its growing popularity over the last 15 years. Here are a few specific benefits:

With an exceptional cetane number ranging from 75 to 85, renewable diesel combusts more readily than petroleum diesel, enabling engines to have better throttle response, quicker cold-starts, and quieter operation. By comparison, petroleum diesel’s cetane number is mandated to be higher than 53 in California and it can be as low as 40 in other states.

It’s easy to convert without downtime or increased costs

Since every molecule in renewable diesel is found in petroleum diesel the switch to renewable diesel doesn’t require any additional investment. Existing vehicles, fuel system parts, and fuel distribution infrastructure can be kept in place with no changes.

Decreasing the output of greenhouse emissions

Renewable diesel significantly reduces greenhouse gas emissions compared to other diesel fuels. When the entire life cycle of the fuel is analyzed for the “well to wheels” carbon footprint, renewable diesel can have up to an 80 percent emissions reduction. If the average Class 8 truck were to switch to renewable diesel for one year without making any other changes, it would produce 86 fewer metric tons of greenhouse gasses—that is equivalent to taking 18 cars off the road for that same time.

It can lower your maintenance costs

Matt Leuck is the renewable diesel fuel technical manager at Neste US where he applies engine and equipment expertise to support Neste’s position at the leading edge of cleaner, low carbon renewable fuel. Visit www.NesteMY.com for more information.