What is the difference between renewable diesel and traditional biodiesel - if any? 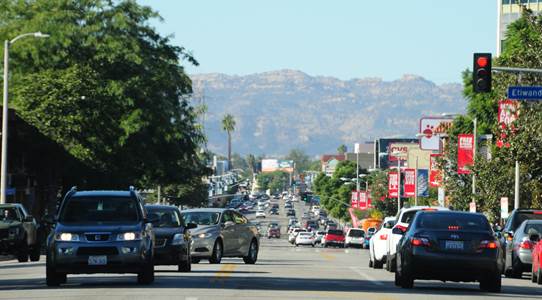 High-quality renewable diesel (also known as Hydrotreated Vegetable Oil or HVO) and traditional biodiesel (also known as Fatty Acid Methyl Ester or FAME) are often confused. They are, however, different products, even though both are made from organic biomasses. The differences can be found, for example, in their production process, cleanliness, and quality.

Premium-quality, HVO-type Neste Renewable Diesel is made primarily from waste and residues. In the production process, impurities are removed from the raw materials which are then hydrotreated at a high temperature. The outcome is a colorless and odorless fuel of an even quality that has an identical chemical composition with fossil diesel. It is also often called an "advanced biofuel" or "second-generation biofuel".

Traditional, first-generation FAME-type biodiesel, on the other hand, is produced by esterifying vegetable oils or fats. The esterification process restricts the use of poor quality or impure raw materials, such as waste and residues. The quality of traditional biodiesel varies also in other respects according to the raw materials used.

Only renewable diesel can be used as such

From the perspective of chemical composition, conventional fossil diesel and renewable diesel are both hydrocarbons. Traditional biodiesel is an esther, which may cause problems in some motor engines. This is why the use of traditional biodiesel is still limited to a maximum concentration of 7% in Europe (based on EN 590 diesel standard), and up to 20% in other parts of the world, varying from country to country and state to state. Any higher concentrations can cause problems, such as damage to the rubber and plastics parts in the fuels system or carbon build-up in the engine. Traditional biodiesel can also absorb water, which may result in microbial growth in the fuel tank during storage.

It may also contain impurities due to the raw materials used or the production process. Modern automotive technology and advanced engines have considerably higher requirements for the quality of the fuel, after all.

No special requirements for the vehicle, stands cold and storage

The user of Neste Renewable Diesel does not need to fear microbial growth caused by impurities, which could clog the fuel filters of the car. Its use does not increase the frequency of the periodic maintenance of the car or need for oil changes, either, which is something that might happen with some traditional biodiesels. Its use does not require any modifications to the fuel systems of the vehicle, regardless of the age or make of the car. In other words, renewable diesel can be taken into use right away.

Neste Renewable Diesel is made for cold, even arctic conditions. Its properties are identical to the highest-quality fossil diesels. The motorist does not have to fear that the car breaking down on the road even in the coldest winter temperatures.

The high cetane number, 75-95, means that the fuel burns cleanly and the car engine gets more power. It also makes starting the car engine easier in cold temperatures and decreases fuel consumption, especially when driving in an urban environment.

The cetane number of traditional biofuels is usually 50-60, and their cold resistance and shelf life of are considerably weaker. With them, problems related to cold temperatures have been observed even at mild temperatures of +5 °C (41 °F).

Cleaner air both locally and globally

When renewable diesel is used in 100% concentration, the carbon emissions from traffic are most effectively reduced and reaching of global climate targets best supported. For example, the renewable diesel produced by Neste in 2015 reduced greenhouse gas emissions causing global warming by 6.4 million metric tons. This corresponds to permanent removal of 2.3 million passenger cars from the roads.

The use of Neste Renewable Diesel also reduces particle, hydrocarbon and nitrogen oxide emissions. These tailpipe emissions affect the quality of local air in particular. Renewable diesel is, thus, an excellent choice also in urban conditions, such as for buses, waste transport, emergency response vehicles, and corresponding applications.

Learn more about Neste MY in your country/region

Neste MY Renewable Diesel (BE)

3 reasons why cities should switch to renewable diesel
Read more