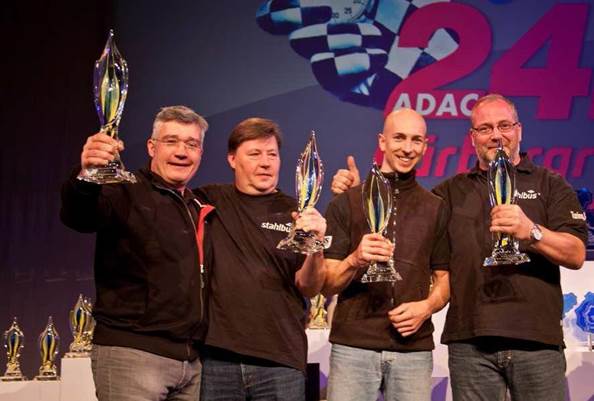 The weather conditions for the 24-hour race at the Nürburgring in May were very challenging. It began to rain at the beginning of the race, and the rain continued for three hours, making the track extremely slippery. Nevertheless, the Tuning Akademie team drivers Markku Honkanen, Michael Eichhorn, Michael Kühne, Bastian Goercke and Thomas Hanisch managed to cross the finish line first after approximately 114 laps and 2,900 kilometers without technical problems. 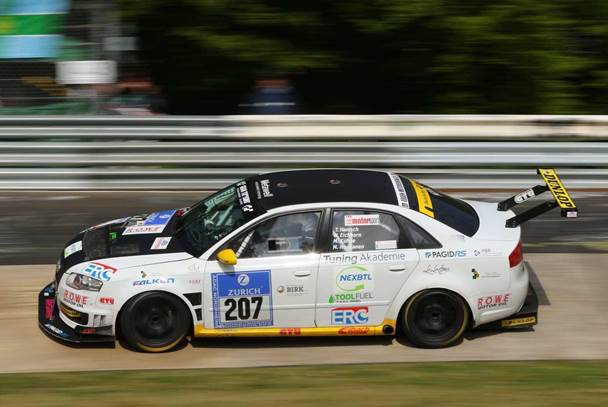